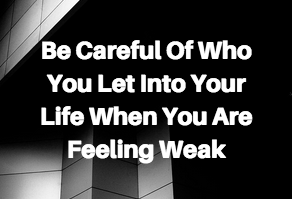 Today’s post isn’t very nice. It’s isn’t very pretty and it’s about a bad relationship, and drugs and depression and suicide, so you have be warned!

About 15 years ago when I was stuck in a 9-5 job that I allowed to make me depressed I got into a Bad Relationship. A dangerous one.

I’m writing this just in case YOU happen to be feeling weak right now and maybe you are in a relationship that is dragging you down (or actually, even if it’s not as extreme as this example, NOT LIGHTING YOUR HEART ALIGHT EVERY DAY!)

When I say I was depressed, I wasn’t just a little bit sad; I had months off the job that I allowed to drag me down and was on anti-depressants and could barely get out of bed some days. I was lost and didn’t know what to do. I was unhappy with my life and I felt trapped. I eventually made a break for FREEDOM with that job and I’ve blogged about it here; The Day That Changed My Life.

During this time I broke up with the man I was living with and engaged to, and some time after that, when my depression had got worse I got involved with a man who was mad, bad and dangerous to know.

I was so weak at the time. Mentally weak. And I let the wrong person in. What you are, you attract. That why it’s SO important to take care of your attitude, beliefs, positivity and mental health. Misery loves company, and me and him were a match mad in hell.

This is why, if you are feeling weak right now, you are not at your best and you could well attract the WRONG people into your life.

I’m embarrassed to admit it but I even KNEW what this man was like before I got involved with him. I had known a girl who used to date him and I had heard all her stories. In fact, I encouraged her to break up with him! (This was years before I started dating him).

I just wasn’t myself. I had become another person due to my depression. What did I see in him? We bonded over depression, punk music and films.

He didn’t have a job. He stayed up all night and slept all day. I was off work because of my depression so I would stay up all night as well.

His life was such a complete waste of a life. He did no good in his life whatsoever. Everyone he met, he abused in someway. Even strangers. He was evil. I don’t say that with any exaggeration. That’s what I believe.

I never knew what I would say or do to slight him and send him off on tirade of verbal abuse.

He tried to hide his drug addiction from me until it became too much for him and he revealed his taste for heroin in some elaborate, darkly romantic, ritual. Would l like some heroin? Thank God I wasn’t THAT weak. I declined.

He talked about his failed suicide attempts.

He told me he had a gun. I believed him.

I knew that he beat up, and even bit through fury, his previous girlfriends. He bit so hard his bite marks would last. I know because he showed me a letter a previous girlfriend has written to him when they broke up. And yet I stayed with him. For some reason I escaped the physical abuse. I don’t know why I was an exception.

It’s strange because his ex-girlfriends were always intelligent women. What was it about this man that allowed them to lower their seemingly otherwise high standards?

I remember we stayed at the house of one of my friends overnight. My friend had big tree axe hanging up on the wall and I had to ask him to hid it out of my boyfriends way. I honestly feared what he was capable of.

It all came to a head and culminated in a very long day where I wondered if I would get out alive.

He woke up at his worse and he didn’t stop all day. He went on and on, a barrage of verbal abuse and dark thoughts came spilling out. All directed at me. I remember he threw a lighted cigarette at me and it landed behind a table out of reach. I was so scared that I didn’t make a move to try and get it and put it out; I’d rather have risked a fire starting in my house.

He took my phone book and he threatened to phone all my friends and everyone it in and tell them all the secrets I’d confided in him about.

He got out a kitchen knife at one point. Funnily enough, I’ve just remembered, I still have that knife. It’s in my kitchen draw now.

What was the point in living he asked? He knew that after that day we would NOT be together even though I hadn’t said that and I wasn’t standing up to him. He just knew that I wouldn’t put up with him anymore. He said he wouldn’t be able to live with out me – let’s make a suicide pact. Let’s go out together. Today.

I spent the day with a mad man.

Obviously I got out alive, and that was the day our relationship finally ended. Thank God.

He’s dead now. He died a few years ago. When a mutual friend told me the news, I couldn’t have cared less. The world is a better place without him in it.

He was a one-off and the worse case of my relationship history. My other relationships have been I suppose what you’d call normal – how could they not be after that one haha.

That was a blip in my life. Can you imagine me putting up with one ounce of that now?! I don’t have ANYONE in my life, friends, family or clients, who doesn’t raise me up. I’m at the strongest I’ve ever been mentally. I’ve always known my worth but during my time of depression, that faltered and that relationship was the result. Of course now, I wouldn’t settle for being treated like anything less than the most wondrous Goddess that walked the earth! 🙂

That’s why if you are not on top form right now, I want to to take extra care about who you let into your life, or who you are allowing to be in your life. If they don’t raise you up, now, or at any other time, then gather your strength and walk away.

She left her ‘cubicle cage’ and made a break for freedom to follow her passions to today, empowering women to step away from the norm, break the rules and follow their passions. 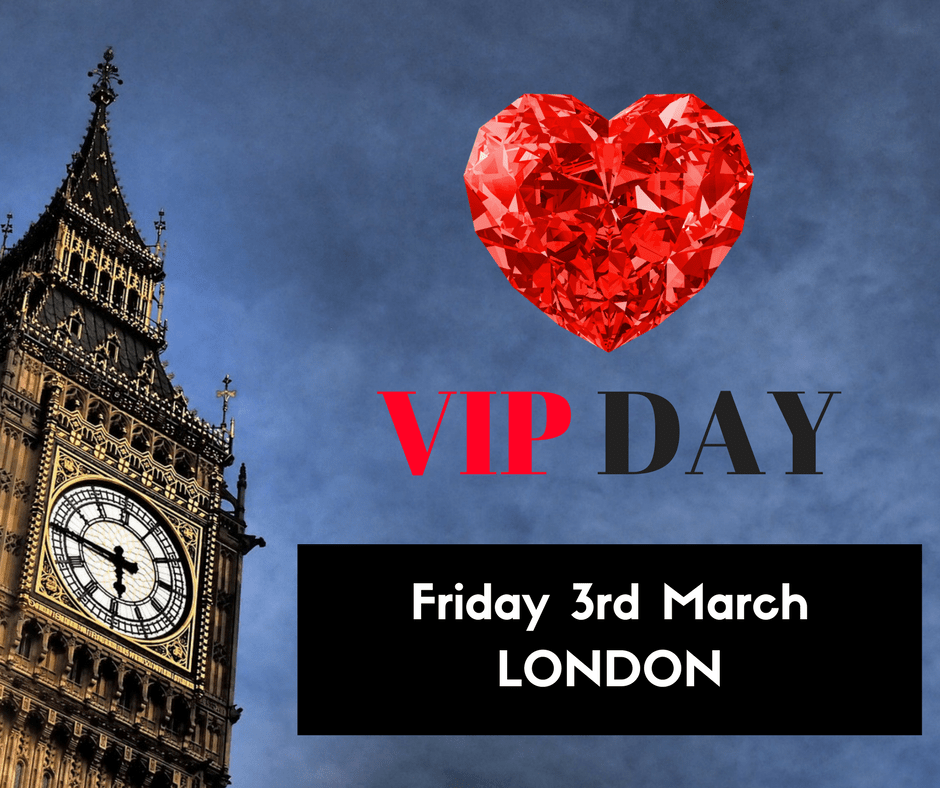 Create your life of FREEDOM and a business you LOVE. <3 Friday 3rd March London. This is my invitation to you to join me for…read more → 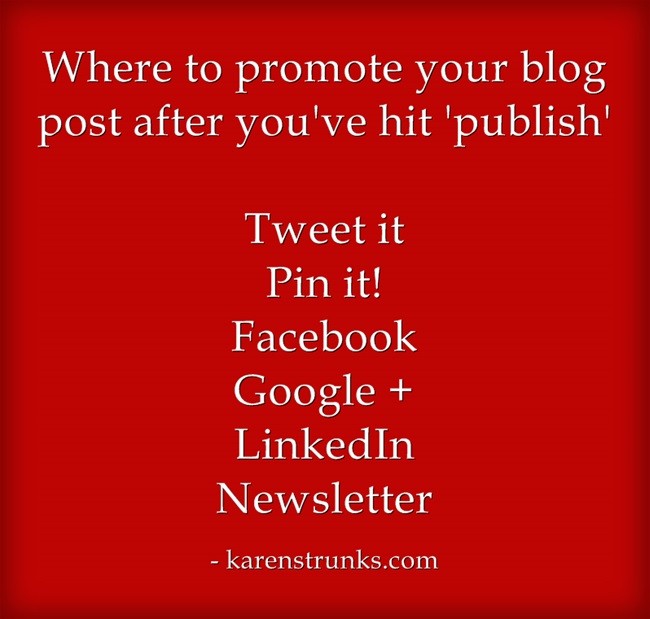 Q & A: Ways to promote your blog post after you’ve hit ‘publish’

Have you ever wondered what more you could do to promote your blog post after you have published it? You have created your content and…read more → 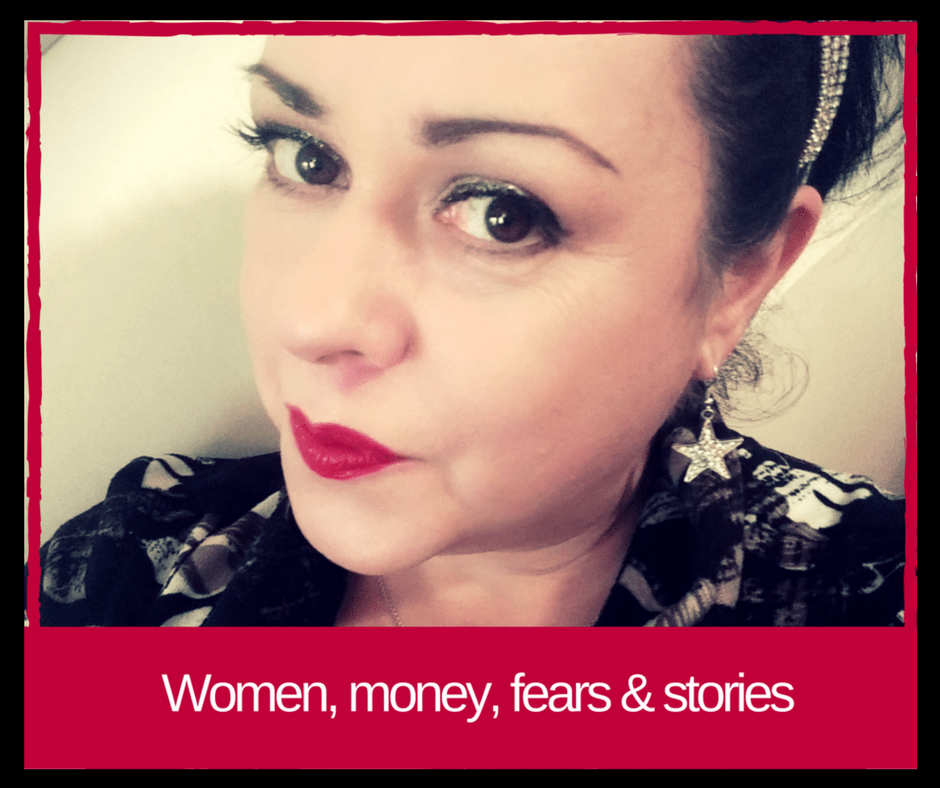 Money Fears And The Stories We Tell Ourselves

Sometimes, for some women, money and fear go hand in hand but I want you to know It is safe for you to have money.…read more →