Effects Of Lying In A Relationship | 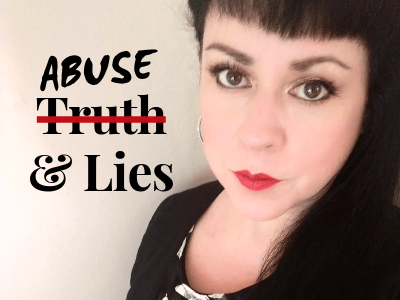 There’s a very subtle, poisonous form of abuse that most people don’t recognise, and that is being lied to.

Abuse in relationships comes in many different layers. It isn’t simply the obvious symptoms of being shouted at, called names, being physically harmed, or being cheated on.

In a grown up, adult, mature relationship lies have no place in any shape or form.

Little lies here and there may seem like no big deal, but bit by bit, they slowly erode of the foundation that you are trying to build a solid relationship upon.

When people lie they prove themselves to be unreliable and untrustworthy, and they will rarely take responsibility. That’s NOT a healthy, loving or safe environment for you to be in.

Someone else’s lies can have the knock-on effect of YOU having to live a lie. That was my experience this year in my relationship. I lived a lie via proxy. Yes, me! Who walks and talks FREEDOM all day long. I know. I see the contradiction, and feel the shame attached to that.

Whether there are little lies, big lies or the truth is conveniently omitted, it’s a LIE.

A lie could be a subtle shift in perspective away from the truth to suit the other person.

A lie could be something they might say to protect you, but that is an insult to you as a sovereign adult. It’s not up to someone else to decide what you need protecting from with regards to the truth and being able to live your life in the light and in the truth.

The lies can be so subtle, and liars are very good at lying after all, but all the dishonesty can play with the very fabric of your reality. That’s just one of the effects of lying in a relationship.

The lies were so subtle for me sometimes that they played with the fabric of MY reality; a reality that I had set up so that I could live as truthfully, honestly, openly and with as much freedom as possible.

But slowly, subtly at first, and then when I was in the relationship so deeply, crushingly fast, I’d lost parts of myself, parts of my life, parts of my truth, parts of my freedom and parts of my sanity because I couldn’t (or I felt unable to) live in my truth because of the lies.

If you know that someone is lying to their friends and family members, then you can be sure that they will lie to you too. There’s evidence enough for you right there. You don’t have to wait for me, like I did.

Some people’s whole lives are built on a lie. That’s all they know, but that’s another story.

Eventually the lies can erode your self-esteem and they can make you doubt yourself. Because you are being lied to, and you have the energy of UNTRUTH running in the relationship you may find that you aren’t able to live in YOUR truth anymore.

That’s a huge price to pay in the name of love.

Finally, if someone is lying and treating you with this type of contempt, then this is a huge RED FLAG and you should walk away as quickly as possible.

If you would like to work with me in sorting the truth from the lies so that you can live a life of freedom and peace of mind, then email to make enquiries. We will have a chat to see how I can help you live in you truth and freedom.  karenstrunks@gmail.com 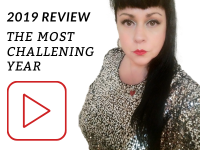 2019 Review – A Most Challenging Year

https://youtu.be/N2VPdhrabJQ   2019 provided me with 10 years of emotional and spiritual challenges at once! It was a year of heartbreak, trauma and PTSD. Of…read more → 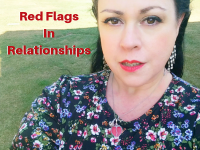 'If something, ANYTHING doesn’t feel right, we must step back, breathe, feel and process. Safe, healthy, respectful people will allow us to do just that,…read more → 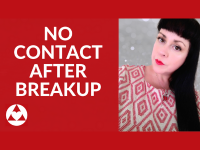 Are you wondering if you should employ the no contact rule after a breakup? Is no contact right for you? I'm going to answer your…read more →

Karen has been a true life-changer for me!

I’m learning from the best

Karen knows now to get the best out of people!

An inspiration to my business