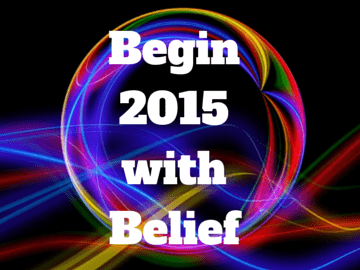 I hope you had a wonderful midnight. I LOVE the time, that one second, when one year passes to the next. I did what I normally do on New Years Eve and spent the day fine tuning my goals.  I also wrote a goodbye letter to 2014 and a Welcome letter to 2015, telling it what I had planned for it! I love to stay in at midnight so I can relish the welcoming of the new year. I had a magnum of champagne. I’ll add I didn’t drink it all! 😀  I’m having a BIG 2015, so it seemed quite right to pop that big cork at midnight! Cheers to the new year!

If you have any goals for this brand new year, then you must start by believing that they WILL happen. Even if you don’t quite know the HOW yet; believe that you will also figure out the how.

Nothing is going to happen if you don’t have the rock solid belief in yourself and your ability to make 2015 go exactly how you want to. Sure, sometimes external forces play a part and may knock us off track a little, but only if you let them!

And talking of goals, if what you have written down (DON’T keep them in your head, get them out and into the world and write them down), doesn’t scare you a little (or even a lot), then ditch ’em. Who wants average goals? Do you think average goals get done? Anyone can do average.

I spent most of the last couple of days getting focused on my goals for this year, and even felt a bit of a panic as the last few hours ticked by and thought “Argh! I’m not ready!’.  When I looked back over my goals, one of them almost brought tears to my eyes, ‘Sh!t, HOW am I going to make THAT happen?!’,  (invest $16,000 a month in coaching) but I had to catch that doubtful thought before it ran away with me. It IS going to happen. I WILL figure out the how. I can not let myself, even for a second, think that it’s not going to happen. I must have total belief in what I want, and what I can achieve. I know that if I don’t try and don’t believe because it seems too big a goal, then I’m guaranteed to fail.

Look for the evidence! It’s everywhere. I’ll put money on it that someone is doing, having, or LIVING your goal right now. If they can do it, SO CAN YOU! Surround yourself with people who are doing what you want to do already. And when I say surround yourself, even if you can’t physically meet the people, you can read what’s they’ve written, catch interviews, read their blogs, books, watch videos etc etc. Do it and watch your energy shift. It will keep you focused on YOUR goals and you may even learn the HOWS. Better still, ask to be coached! Even if it’s not something that they seem to offer, just reach out an ask.

Other people’s belief in us is great. It can make SUCH a difference when just ONE other person believes in us. I know what a difference it can make. I’ve experienced it over the years, both WITHOUT anyone really believing in me and WITH people believing in me.  But even if you haven’t got that one person yet, you have still got to muster your own self belief. You have to see what you want so clearly  that you are practically living it and having it RIGHT NOW. You have to FEEL IT. And then, do I need to say it…. TAKE ACTION!

Nothing great gets achieved without self-belief.

Your already believe in all sort of things anyway, so treat your goals the same way. You aren’t setting setting goals that are impossible. The are totally POSSIBLE! Believe in them like you believe in everything else. Don’t under-estimate the power of belief.

Get my BEST SELLING programme that might just change your business and life in 2015!

How to create a freedom based business, make money on your terms and start marching to the beat of your own drum. 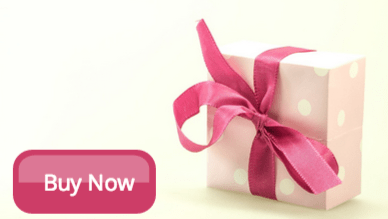 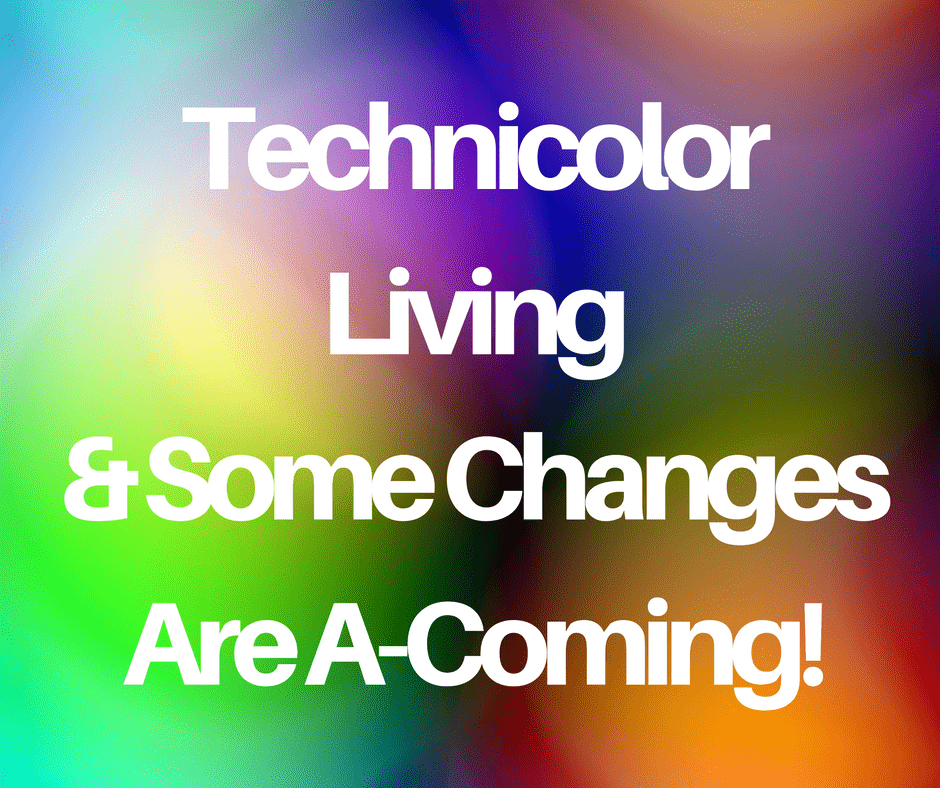 Technicolor Living – And some changes are a-coming!

Technicolor Living was on my mind this morning as I woke up on a dull, rainy morning here in the UK after a night of technicolor dreams.…read more → 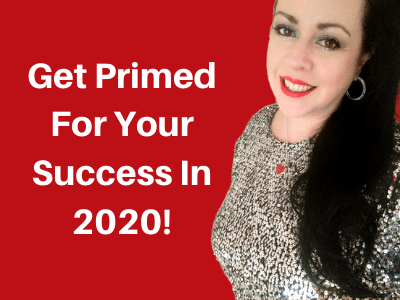 Planning Your Success In 2020

This is a slightly different guide to setting your sights on success in 2020. If you get this right, you will be able to plan…read more → 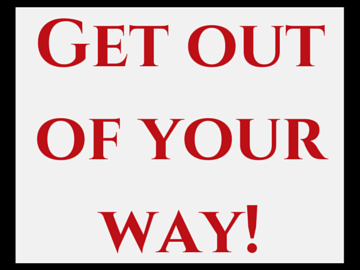 The Biggest Obstacle To Your Success Is YOU!

Its not your circumstances. It's not how much money you have, or don't have. It's simply that you are not willing to do what YOU…read more →