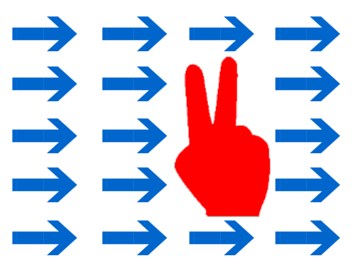 Do you ever feel like you just don’t quite fit in? And more than that, you don’t want to and you couldn’t even if you tried?

For context for this blog post, we (Mum, Dad, Me), moved from London to Northern Ireland when I was about 7 years old.

One of the first things I experienced about Being Different; being at school with my hair spiked up. Aged about 12. Everyone – I mean The Adults, parents, teachers – hated it. They repeatedly told me to not wear my hair like that. I repeatedly ignored them. I LIKED IT! And it did nothing to hinder my studies; I was one of the top students in my year. So bright that there were talks to move me to a ‘better’ school. One day a teacher MADE me brush out my spikes. It hurt. Bitch.

Then we moved. To a little fishing village. I remember when I first arrived there with my Dad, he drove through the only cross-roads in the village and standing there on one of the corners were some punks. PUNKS! I got so excited. THESE people would be my friends! I was determined. I instantly related to them. They were different. They weren’t AFRAID to be different!

There began another level of NOT FITTING IN.

I was about 14 I went to a convent school. Religion everywhere. All day, every day. As the nuns roamed the corridors and class rooms, I took the crucifix from my rosemary beads and hung it upside down as an necklace. This was all happening in N.Ireland were I had already experienced bombs going off in Londonderry and watched the riots on William Street. The Army roamed the streets and there was a huge Catholic/Prodestant divide. I thought it was nonsensical. I didn’t want any part of any of it and to show my distain I wore the ‘red hand of Ulster‘, which was very much a Prodestant symbol, as an earring. You can imagine the horror from the nuns and even my fellow classmates!

I wasn’t a BAD kid, but I was certainly the most rebellious out of all my friends. They would aghast at times! Perhaps were just very easily shocked!

In the meantime I’d been able to make friends with the punks.

Somehow! I can’t remember how. They were older than me and had left school, and were Prodestants, but they allowed me to hang around with them*. I listened to all their music. I was hooked! Sounds from the The Exploited, Charged GBH, Discharge, Dead Kennedys, Sex Pistols, The Clash and Crass became my soundtrack. I loved it! I ripped up my clothes, made my own, added zips and chains and found MY style. Of course all the while being told what to do, what to think, what to wear by all The Adults in my life. Best to fit in.

*One day one of the punks told me we couldn’t be friends anymore. A car hand pulled up beside him with gunmen in it. They threatened to knee-cap him if he continued being friends with ‘the catholic girl’.

There aren’t many lessons from school that really stand out except this one.

One day, I was in history class. It wasn’t a subject I was particularly interested in (to be honest, there weren’t many subjects that interested me at all!) and I can’t remember what period of time, or even who we were being taught about. But I do remember that it was on the subject of non-conformists and the role they played in history. To further point out what a non-conformist was, and to use as an example, the teacher mentioned one of the punks in the village (actually the on mentioned above that I couldn’t be friends with anymore). HE was a non-conformist. HE didn’t fit in or follow the rules. And it was at that moment that I realised I was a non-conformist too! I wasn’t alone. There are other people like me!

And so continued my life of non-conformity.

I mean, I tried to fit in. I really did!

I left school (with not great grades) and took the first job I applied for and was offered, working in an office; that’s what done isn’t it. There was no resistance from me. You get a job and get a wage and squeeze your playtime into the weekends. There was no thought process about is this what I WANT TO DO?

Here are the rules we play by, now go follow them

And that’s what most of us blindly, unquestionably do.

Then I joined the Royal Navy. If that’s not conforming and fitting into a way of life I don’t know what is! I HATED being told what to do. I left.

Is this all I have to look forward to until I retire?

Surrounded mainly by small-minded people, who valued promotions and clocking in, and whose world had shrunk to fit their environment?

I tried to fit in.

The environment and some of the people made me ill. Although I didn’t realise it at the time, I was ALLOWING the people and the environment to make me ill. I was after all CHOOSING to stay there and suffer, but I wouldn’t figure that bit out until I had hit rock bottom. It wasn’t a place for a free-spirit and a non-conformist! It took me a LONG time to realise that, all the while trying to fit in and be grateful I had a job when the news was constantly filled with unemployment rates.

You are very lucky to have a good job like that, Karen

…and I believe them. Like I said, it made me ill. I lost too many years to depression with accompanied thoughts of suicide. Lovely! I’ve never spoken of that before. It was many years ago and I prefer to focus on more positive things and not spend my precious time dwelling in the ‘Dark Days’! But yet it was part of my life for a while and makes up part of my identity now. If you ever wonder why I’m always happy and positive, now you know. I’ve seen the alternative.

Thankfully that was many years ago and for the last 8 years I’ve been ‘Doing my own thing’ aka creating a life and business on MY TERMS!

But I still have a LONG WAY TO GO and in some ways my journey has only just begun….

The level of success I want isn’t here yet. The IMPACT I want to make hasn’t happened yet. The LIVES of PEOPLE I want to affect is 1000 times those who I have been able to affect/help/inspire/motivate in the last 8 years. I want to help MORE PEOPLE embrace their non-conformity, to strike out on their own, to live a life that’s off to the beat of the ‘normal’ world, who dream of living a life on their terms no matter what it takes and who STICK TWO FINGERS up at the rules. It’s totally possible and I’m happy to lead and show the way.

BUT in order for me to do all that, there’s something I’ve got to do first.

I help people to live fearlessly, yet I am not being 100% fearless myself.

I talk about NOT waiting for a time called ready, yet there’s been something I’ve been not sharing because I never felt ‘ready’.

I’ve been living my as if I have a limit on who I am and I’m angry at myself for holding back for so long.

I’ve got changes to make!

This is about sharing the whole truth about breaking free from being a member of the rat-race to following my dreams doing EXACTLY what I wanted. 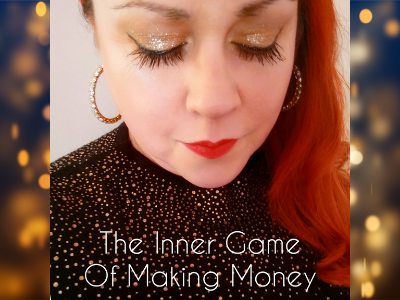 The Inner Game Of Making Money

I want to ask you... Do you ever feel the sting of anxiety about making money and being financially independent? Do you experience negative thoughts…read more →

With our hopes, dreams and ambitions to reach our financial goals I want you to consider how your past financial mistakes could be affecting your…read more →

A couple of months ago I was invited to speak about Building Professional Online Profiles in a Google Hangout held by Birmingham City University MA Social Media Students.…read more →

This article has 4 comments